The most outstanding landmarks

The origins of the company
+

In the 60s, the steel sector was in full expansion thanks to migrations and the construction boom. Francesc Rubiralta Vilaseca (1939-2010) created, together with his brother Josep Maria, the “Compañía Española de Laminación, S.L”, CELSA, in Castellbisbal.

The company started its project by working with a second-hand Danish rolling mill to make reinforcing steel bars for construction. The bars of the company offered more benefits than those of the Spanish competitors thanks to its small diameter.

A decade later, in 1977, because of constant commitment to innovation was the creation of the first electric fusion furnace. It was inaugurated in Sant Andreu de la Barca, Barcelona.

From this moment, the company stopped transforming products for third parties and began to manufacture steel autonomously, allowing it to increase its production and market share.

Over the years, CELSA became a national reference for steel. At the end of the 80s and during the 90s, we incorporated three companies to the group: Torras Herrería y Construcciones, Altos Hornos de Cataluña and Nueva Montaña Quijano, which is now the successful Global Steel Wire. These acquisitions are also joined by two other leaders in the sector: Industrias del Besós and Nervacero.

Later, with the mission of diversifying our products, we incorporated several wire drawing companies: Tycsa PSC and Trefilerías Moreda in 1991, and Riviere in 1999.

Internationalization of the Group
+

With the dawn of the new millennium, the company’s international expansion began with the adquisition of CELSA Steel UK in Cardiff, United Kingdom, and CELSA Huta in Ostroweic, Poland. The success of both operations was what triggered a globalization process that began to take shape and consolidate.

CELSA expanded its international projection with the creation of CELSA Nordic, composed of a steel mill and several processing companies located in different countries of northern Europe, and CELSA France, located in Bayonne. Not only that, but a year later we expanded our presence in the United Kingdom and Ireland with the acquisition of BRC, ROM Group and Express Reinforcements.

Leading the transformation of steel
+

Sustainable development and excellence in environmental management are two fundamental pillars for the Group. Through a dynamic of sustainable work based on innovative and efficient recycling techniques, CELSA Group™ has become a benchmark in the circular economy.

Steel faces new challenges and with them, new opportunities. In our commitment to lead the transformation of steel and industry 4.0, we continue to make progress in digitizing the supply chain to maintain excellence in the sales and operations planning process, as well as in lean construction services to help our clients to be more efficient and sustainable.

CELSA originated in 1967 in Castellbisbal (Barcelona) with the start-up of its first rolling mill. Ten years later, and as a turning point, the company inaugurated the first electric arc furnace, that eventually would allow for the company to become more competitive.

In the late 1980s and during the 1990s, CELSA began to establish itself as a national benchmark with the acquisitions of THC, Siderúrgica Besós, GSW and Nervacero. And not only that, it would become one of the most diversified groups with the integration of two important Spanish wire-drawing companies: Tycsa PSC and Trefilerías Moreda in 1991 and Riviere in 1999.

Another turning point for the company was in 2003 with its first step towards internationalization. Throughout that year, CELSA Group™ acquired CELSA Steel UK in the United Kingdom and CELSA Huta Ostrowiec in Poland.

The success of both acquisitions motivated the continuation of the globalization process and the following ones took place in 2006 with CELSA Nordic or in 2007 with CELSA France and CELSA Atlantic.

In 2008, CELSA Group™ expanded its presence in the United Kingdom and Ireland, incorporating BRC, ROM Group and Express Reinforcements.

Following the line of expansion and diversification, in 2014 CELSA Group™ acquired Tammet Oy Mesh in Finland, an operation that allowed the company to offer a more flexible service and a more complete range of products in the region.

In its determined commitment to circular economy and sustainable development CELSA invested in two new recycling centers in the Basque Country and Valencia. These new additions allowed the Group to become one of the largest ferrous scrap reciclers in Spain with 13 strategically distributed centers. In addition, the Group launched Global Bright Bars, a new division dedicated exclusively to the production of high-quality calibrated bars for the automotive industry.

Another point of inflection for the Group is the creation of CELSA Steel Services Spain in 2014, where customers are offered the most advanced optimizations and solutions for the reinforcement of concrete combining design proposals, product handling, services and digital support.

All these years of perseverance and enthusiasm have made CELSA Group™ one of the most important steel groups in Europe. With more than 9.657 people in its companies, around 120 work centers spread all over the world, more than 10 languages spoken, 8 million tons of scrap recycled per year, the Group has become a benchmark for steel.

In these 50 years of history, CELSA Group™ has become an ideal place where innovation and training are fundamental and the passion for steel is shared by all.

“It is in the DNA of our Group to work hard and with passion to innovate every day looking for new ideas that allow us to anticipate the market and exceed the expectations of our customers”.

The word “impossible” did not appear in the dictionary of Francisco Rubiralta Vilaseca. There, where others saw limits and unattainable challenges he found opportunities. He loved what he did and enjoyed sharing it with others. One of his greatest satisfactions was to see the people around him grow professionally. He sought perfection in everything he did and had the virtue of transmitting his enthusiasm to others. A great defender of continuous training, he never stopped expanding his knowledge throughout his professional career, aware that this was the best way to achieve business excellence. 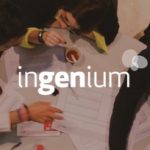 Ingenium – ENG
We use our own and third-party cookies to improve your experience, to personalise and analyse your browsing. If you carry on browsing, we will take it that you agree to use them. To change the configuration or obtain more information consult the Cookies PolicyAccept