SHYNE, the largest consortium to promote renewable hydrogen in Spain, is born with CELSA Group as a partner

The SHYNE (Spanish Hydrogen Network) project, the largest renewable hydrogen consortium in Spain, made up of 33 entities from different sectors, was presented today at Campus Repsol, the headquarters of the multi-energy company. It brings together 22 companies and 11 associations, technology centers, and universities under the leadership of Repsol with the aim of promoting renewable hydrogen projects in all areas of the Spanish economy and, thus, stimulating rapid and effective decarbonization through this energy vector that is considered one of the keys to the energy transition.

SHYNE aspires to be a benchmark project in Europe, structuring new opportunities throughout the value chain, through collaboration between companies that pursue a common goal: decarbonizing their activity, and joining efforts and investments to achieve it. To this end, the project has six promoting partners, in addition to Repsol. All are leading companies in their sectors: Alsa, Bosch, Celsa, Enagas, Scania, and Talgo.

The projects grouped in SHYNE will involve an accumulated investment of €3.23 billion. This investment will enable the implementation of different initiatives for the production, distribution, and use of renewable hydrogen in the industrial sector, in transport, as well as other applications, and the development of pioneering technologies and acceleration if the deployment plans for this gas. The overall project is expected to generate more than 13,000 jobs.

The Secretary of State for Energy, Sara Aagesen, participated in the presentation ceremony, pointing out that “renewable hydrogen is a national project. It is the piece of the puzzle we were missing to move towards the decarbonization of the economy, achieve climate neutrality in 2050, and advance in the development of knowledge, ‘made in Spain’ technology, and the consolidation of the business fabric and industrial value chains”. Aagesen also highlighted the important role of hydrogen in the Strategic Project for the Recovery and Economic Transformation of Renewable Energies, Renewable Hydrogen, and Storage (PERTE ERHA) and pointed out that the SHYNE initiative “is set within the Government’s integrative country project”, which “in line with the objectives of PERTE ERHA will promote the development of renewable hydrogen clusters” and that “it is a tractor project for the industrial and technological fabric, with a global approach that brings together large, medium, and small companies.”

For his part, the Secretary General of Industry and SMEs, Raúl Blanco, closed the event by emphasizing that “Spain has a unique opportunity and all the capacity to lead the hydrogen industrial value chain in Europe. The SHYNE project is a great example of this. We celebrate the launch of this project and the participation of 22 companies and 11 associations, technology centers, and universities that demonstrate the unique industrial and technological capacity that Spain has.”

CELSA Group’s participation in this project is fully aligned with the company’s aspiration to become Net Positive by 2040, one of the objectives included in their Sustainability Roadmap. The family company that produces circular and low-emission steel, thanks to the use of steel production technology in electric arc furnaces, -the most efficient and sustainable that currently exist-, seeks to introduce hydrogen into its production processes to contribute to advance its complete decarbonization.

“At CELSA Group, we have identified renewable hydrogen as a key element in achieving our strategic goal of being net positive by 2040. Now we are a low-emission company in our sector, but we work to achieve a net zero carbon emissions level in our activity. Being part of this project gives us an opportunity to do this and to contribute to the development of the ecosystem necessary for Spain to become a European leader in the production and consumption of green hydrogen”, explains the President and CEO of CELSA Group, Francesc Rubiralta.

A project for the country aligned with the Government’s objectives

Spain is in a privileged position compared to other countries to capture the opportunities generated by the new renewable hydrogen economy thanks to the great availability of solar and wind resources, as well as the industry’s own capacity to adapt to a new economy around the hydrogen value chain.

The SHYNE project aims to generate an ecosystem that connects the large regional hydrogen initiatives already underway, such as the Basque Region Hydrogen Corridor (BH2C), the Hydrogen Valley of the Region of Catalonia, and the Hydrogen Valley of the Region of Murcia. In addition, SHYNE will promote the creation of two new innovation hubs in the regions of Castile-La Mancha and Madrid. Their objective will be the advancement of competitive technologies that are under development, such as photoelectrocatalysis or solid oxide electrolysis (SOEC). These technologies will help the country to maintain technological sovereignty in this new energy vector.

A knowledge management center will also be created in Madrid to coordinate cross-cutting actions and position the participating technology centers and universities as centers of reference in Europe. In this way, an efficient network will be created that will capture the synergies between production poles, industrial centers, and other hydrogen consumers, ensuring the competitiveness of the renewable gas and avoiding the transfer of additional costs to end users.

The SHYNE project is perfectly aligned with the objectives outlined by both the European Union and the Spanish Government. The latter, in the Hydrogen Roadmap published in October 2020, has set the target of reaching 4 GW of capacity by 2030. For its part, the “Spain Can Plan” supports the creation of this type of consortia, especially those that are multisectoral and integrate the entire value chain and that promote public-private collaboration and collaboration with small and medium-sized companies, as well as with research centers to boost the hydrogen economy.

In turn, SHYNE is aligned with the Strategic Projects for the Recovery and Economic Transformation of Renewable Energies, Renewable Hydrogen and Storage (PERTE ERHA) of the Recovery, Transformation and Resilience Plan launched by the Ministry for Ecological Transition and the Demographic Challenge last December.

11 associations, technology centers and universities are collaborating partners in the projects. These include the Spanish Hydrogen Association (AEH2), the National Center for Hydrogen and Fuel Cell Technology Experimentation (CNH2), the Spanish Society of Ceramics and Glass, the Spanish National Research Council (CSIC), the Automotive Technology Center of the Region of Galicia (CTAG), the Foundation for the Development of New Hydrogen Technologies in the Region of Aragon (FHa), the Energy Research Institute of the Region of Catalonia (IREC), TECNALIA, and Cidetec, as well as the universities of Castile-La Mancha and Alicante.

The consortium is made up of 22 companies from different sectors, such as Iberia and Balearia, leaders in air and maritime transport, respectively. The public company Navantia and PYMAR, a company that brings together small and medium-sized private shipyards in Spain; Steel companies such as Sidenor, AMES Group, and Tubacex; Calvera, which designs gas storage and distribution systems. Electricity production companies such as BBE. Engineering companies for electric mobility, such as EPowerlabs.  Primafrío, specialized in refrigerated transport; the leading engineering company in marine solutions, Wartsila. The technology companies Zigor, which develops power electronics systems, and Magrana, specialized in innovative solutions for industry. Also, DYPAM, a spin-off of the University of Castile-La Mancha that is focused on designing and processing advanced materials. The synergies between these entities through the SHYNE consortium will drive coordinated industrial developments throughout the hydrogen value chain. 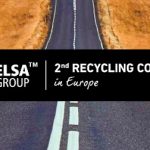 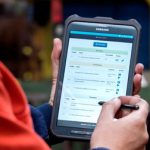 CELSA Group is awarded 2.5 million euros for its Industry 4.0 projects from the ACTIVA program of the Ministry of IndustryEnglish