CELSA Group receives the 3rd National Award for Connected Industry 4.0 organized by the Government of Spain

Madrid, 13 October 2021.- This afternoon, CELSA Group, the number-one recycler in Spain and the second in Europe, has received the 3rd National Award for Connected Industry 4.0 organized by the Ministry of Industry, Trade and Tourism of the Government of Spain. The award has two categories – Large Industrial Companies and Small and Medium Industrial Companies –, with CELSA Group receiving the first of these in a ceremony which took place in the La Nave innovation centre in Madrid and which was attended by the Minister for Industry, Reyes Maroto, and the Secretary of State for Economy and Finances of the French Government, Agnès Pannier-Runache. The Chairman and CEO of CELSA Group, Francesc Rubiralta, was presented the award by the Minister for Industry, Trade and Tourism, Reyes Maroto.

The purpose of these awards, given annually by the Ministry, is to acknowledge the commitment, effort and merit of Spanish industrial companies that have successfully undertaken processes to transform their operations and achieve business excellence through digitalization projects. In the case of CELSA Group, the commitment to digitalization has driven this family multinational to position itself as a leader in the sustainable manufacturing of steel and in the circular economy, moving from a linear manufacturing model to a completely circular one.

It is an honour to receive today this award from the Government of Spain. An award that has been obtained thanks to the work of each and every one of the professionals that make up this company and that has made us the largest recycling group in Spain and the second largest in Europe. Thanks to the innovation with which we work, we are a circular company and low CO2 emitter within our sector. A company that has been able to move from a linear economic model to a completely circular one, in which sustainability and innovation are our roadmap”, said the Chairman and CEO of CELSA Group, Francesc Rubiralta.

One of the strategic pillars that have enabled the CELSA Group to become a sustainable company is digitalization and innovation. For years now, we have been driving forward a comprehensive digital transformation in four areas: client value proposition, people, information technologies and optimization of operations.

The basis of these four areas is always the same: data analysis, visual recognition and process automation. In recent years, we have implemented some thirty initiatives that have enabled us to provide greater value to our clients, allow our professionals to make better decisions and dedicate themselves to tasks with greater added value, be more competitive by being more efficient in the use of natural resources, and reduce our carbon footprint in order to become net positive by 2040.

The company produces steel with the most sustainable system possible – the electric furnace, avoiding the extraction of natural resources and reducing energy consumption, with direct emissions 20 times lower than those of the traditional manufacturing process that uses blast furnaces. CELSA Group is the number-one industrial recycler in Spain and the second in Europe. 93% of the raw material it uses comes from recycled material, the steel it produces is 100% recyclable, and 90% of the waste generated by its production processes is recovered and converted into new products. All this is thanks to its commitment to digitalization, which generates more intelligent and sustainable processes and products.

The National Awards for Connected Industry 4.0 were first launched in 2019 by the Ministry of Industry, Trade and Tourism, through its General Secretariat of Industry and SMEs. Their main objective is to bring greater social prestige to the industrial sector, presenting it in a context of quality and excellence, and recognizing the merits of industrial companies that stand out for their digitalization projects and measures and for their organization and process innovation plans in the main areas that define the paradigm of Connected Industry 4.0: Business and Market Strategy, Processes, Organization and People, Infrastructure, and Products and Services.

CELSA Group is the number-one recycler in Spain and the second in Europe. A family-run company that has positioned itself at the forefront in the manufacture of recycled steel products produced using electric arc furnaces, making it one of the lowest CO2 emissions producers within its sector. Its implementation throughout the entire value chain has made it a fully circular company. The Group has more than 120 work centres around the world that generate the direct, indirect and induced employment of more than 70,000 professionals. Annually, CELSA Group recycles more than eight million pieces of ferrous scrap, thus avoiding the need to dump waste in landfills and recovering steel products of high value for society, while also helping to preserve natural resources. The company is made up of six large business groups with steel mills, rolling mills, processing plants, distribution companies, service companies and recyclers. 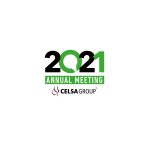 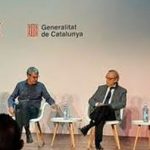