Barcelona, November 18th ,2021.- CELSA Group, the first circular steel company in Europe, has hosted in its facilities in Castellbisbal a group of representatives of the participants of the Circular Economy Hotspot, who these days meet in Barcelona to share experiences and strategies on circular economy.
CELSA Group has already made the transition from the linear industrial model to the circular model, since 93% of the raw material it uses comes from recycled material and in addition, the steel it produces is 100% recyclable and 90% of the waste generated by its production processes is valued and converted into new products.

The multinational company, which has production centers in 9 countries, produces steel with the most sustainable system possible today, the electric arc furnace, avoiding the extraction of natural resources and reducing the use of energy and direct CO2 emissions.

Francesc Rubiralta participated in the opening session of the CE Hotspot

In his speech during the opening session of the Circular Economy Hotspot, organized by the Department of Climate Action of the Government of Catalonian, Celsa’s president, Francesc Rubiralta, explained the benefits of the circular steel model of production from material iron that has already been implemented around the world and that has its maximum exponent in the group’s facilities located 20 kilometers from Barcelona.
Because of its sustainable and circular model, CELSA Group produces 7 million tons of circular steel, avoiding the consumption of 3.6 million cubic meters of water and 9,500 GWh of energy each year, emissions of 13.6 million tons of CO2 per year and the extraction of more than 7 million cubic meters of natural resources.

During the visit to the facilities of the industrial group in Castellbisbal, the nearly 20 representatives of the CE Hotspot received the explanations of those responsible for the Celsa production center and were able to see the activity that takes place in the Scrap Field, in the steel mill and in the center of lamination of structural profiles.

CELSA Group is the first recycler in Europe. A family company of world reference, it has positioned itself as a leader in the manufacture of circular steel, recycling scrap in electric arc furnaces, which has made it a company with low CO2 emissions in its sector. Its integration along the entire value chain makes it a fully circular company. The group has more than 120 production centers around the world, where it generates employment directly, indirectly and induced to more than 70,000 professionals. Annually, CELSA Group recycles more than 9 tons of ferrous scrap and avoids the accumulation of waste in landfills to obtain again steel products of high value for society and all this avoiding the use of natural resources. The company is made up of six large business groups with steel mills, rolling mills, processing plants, distribution companies, service companies and recyclers. 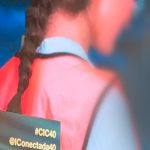 CELSA Group receives the 3rd National Award for Connected Industry 4.0 organized by the Government of Spain 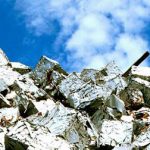 The Ministry of Industry awards 2.5 million to CELSA Group for sustainability and circularity projectsEnglish