CELSA Group™, the first Spanish steel group and second European manufacturer of long steel products, has laid the first stone of the new rolling mill to be developed at the CELSA France facilities, located in the municipalities of Boucau and Tarnos, within the New Aquitaine region.

The president of CELSA Group™, Francesc Rubiralta, started the event by welcoming all personalities within the political and business environment that were in attendance.

After thanking those present for the assistance, Rubiralta remarked that the construction of the rolling mill “will position CELSA France as the largest steel complex in the south of France and will be an element of great strategic value for the growth of the Group. Once its development is completed, the current Boucau-Tarnos steel mill will go from making steel billets to making finished products, thus increasing its competitiveness and profitability”.

Next, the regional councillor of New Aquitaine, Mathieu Bergé, pointed out that “this is a moment of celebration that allows us to claim the industrial future of a port like that of Bayonne. Today we witness industrial support and coordination between municipalities, in a clear example of the potential of the territory. CELSA Group’s project is based on the concept of the circular economy and therefore aligned with the vision of industrial ecology maintained by the port of Bayonne”.

Xavier Fortinon, President of the Landes Departmental Council, valued “the critical importance of the collaboration of all the actors involved in a project of such magnitude that it will stimulate economic development and job creation. Thanks to the dedicated effort, CELSA Group™ has managed to advance a project that addresses the deindustrialization of our country”.

Next, the Mayor of Boucau, Francis Gonzalez expressed his satisfaction with the future new rolling train: “I want to wish CELSA Group™ a great success with this project which, I am sure, will have positive effects for Boucau and the entire Bayonne region.”

Finally, the Mayor of Tarnos, Jean-Marc Lespade, pointed out that “today a rolling train is realized that will integrate perfectly into the ecosystem of the region. At a time when no one can ignore environmental challenges, it is important to highlight CELSA Group’s commitment to the circular economy and sustainability.”

Strategic importance of the rolling mill for CELSA Group’s business:

The planned investment by CELSA Group™ to launch the new rolling mill, estimated at around 60 million euros, will involve the creation of around 140 new jobs directly and 420 counting indirect employment. Its consolidation will also be an important boost to the economic dynamism of the region, reinforcing the position of CELSA France, which is now the main company of the French Basque Country representing 45% of Bayonne’s port traffic.

The rolling mill will represent a significant advance for CELSA France as the company will have the capacity to produce finished products that will be made available to the Group´s customers in France. This will also improve delivery times and customer service by operating directly from the territory.

Strategic Plan 2016 – 2022: basis for sustainable growth
The development of a new rolling mill and the consolidation of a steel complex in France were included in the Strategic Plan 2016-2022 of the Group. The overall goal is to strengthen its growth and to look forward with guarantees from a responsible perspective and align with the momentum of activity models based on the concept of the circular economy.

The business plan is based on key pillars that include the leadership in long steel products, area in which CELSA France plays a decisive role; geographical and product diversification; the integration of the activity in order to position CELSA Group™ as a benchmark in steel-related services; the commitment to innovation and Industry 4.0 in order to lead the transformation of the sector; and the competitiveness in costs.

Sustainable development and the momentum of the circular economy are also levers that in a cross-cutting way motivate the company’s activity. Currently, the Group recycles eight million tonnes of ferrous scrap a year and represents the largest recycler in Spain and the second largest in Europe. 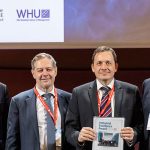 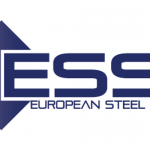