Celsa is committed to leading the transformation of the steel industry

The event, which was attended by secretary of Business and General Competitiveness of Catalunya, Joan Aregio, the president of Celsa Group, Francesc Rubiralta, and the general manager of Celsa Barcelona, Javier Echávarri, has served the purpose of recognizing those employees and teams that have implemented projects or initiatives that have been crucial in the company’s achievements with a direct and significant impact on the results of the organization and which are particularly aligned with the culture, values, and attitudes of Celsa Barcelona and those of the Group.

Projects have been awarded with the aim of facilitating the reduction of stocks, cylinder spare parts and materials, and others are aimed at how to improve the operation of specific areas or to enhance the development of scrap metal businesses in Spain.

In his speech, Joan Aregio has valued the spirit of these awards and the involvement of the employees of the company to present very high-quality proposals of improvement.

In addition, Aregio has affirmed that the country must aspire to have more companies like Celsa, with familial character and a team of people that helps us prosper.

Francesc Rubiralta has emphasized in his speech the effort made between everyone during Celsa Group’s 50 years of history and the need to change the rules of the game to transform the steel sector. Rubiralta has pointed out that, “we want to be leaders in reaching solutions for our external and internal clients.”

At the same time, Javier Echávarri has pointed out that company improvements occur through the optimization of production processes and not by the evolution of the market. Likewise, Echávarri has referred to the security, customer satisfaction and development of people as key to the future of the company.

These awards are intended to recognize exceptional results, encourage innovation among staff and highlight the human factor, the most valued asset of any company, especially considering the high degree of competition that currently exists in the sector.

CELSA Group™, (www.celsagroup.com) is the first private steel group in Spain and third manufacturer of long steel products in Europe. The multinational company is made up of six large business groups with steelworks, rolling mills, processing plants, distribution companies and recyclers. It has over 9,100 employees worldwide and is present industrially in Denmark, Spain, Finland, France, Norway, Poland, Sweden and the United Kingdom.

CELSA Barcelona is the flagship of the CELSA Group. Founded in 1967 and with more than 900 employees, it has a production capacity of 2.5 million tons of steel annually, diversified in the production of curated and smooth round, wire rods, plates, squares, angular, structural profiles and electro welded mesh. Being a head company of the group, it is the manufacturer of long products with the greatest diversification and volume in Celsa Group™. www.celsabarcelona.com 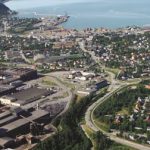 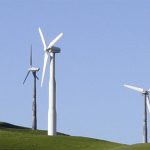 Celsa France recognized as a leader in sustainability