CELSA Group™, Spain’s leading steel group and Europe’s second-largest manufacturer of long steel products, has received the Carles Ferrer Salat Prize in the Environment category. In this way, Foment del Treball wanted to recognize the Group’s work philosophy, based on its commitment to sustainable development and the circular economy.

“For CELSA Group™, receiving an award of these characteristics is an important recognition of our philosophy, configured on a working model that has allowed us to consolidate ourselves as the first recycler in Spain and the second in Europe. To this end, we carry out our activities on a series of pillars, among which we would highlight our commitment to the most sustainable production technology on the market, the development of 100% recyclable products at the end of their life cycle, the reuse and recovery of our by-products; and the efficient operation of all our facilities”, explained Francesc Rubiralta, president of CELSA Group™.

The award ceremony has taken place in the twelfth edition of the Carles Ferrer Salat awards, promoted by Foment del Treball to distinguish the work of companies and entrepreneurs with outstanding work over the past year or throughout their career. In this edition, the employer’s organization has awarded a total of six companies in the categories of Social Commitment, Innovation, Environment, Internationalization, Equality and SME of the Year.

As usual, the award ceremony, held at the Hotel SOFIA in Barcelona, was attended by leading figures in the socio-political and business fields. 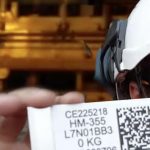 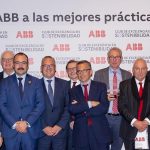