Excellence in safety, care for people and circular economy, key pillars of the Annual Meetings 2020

With the meeting held on 26 February in Cardiff (United Kingdom), CELSA Group completed, one more year, its traditional round of Annual Meetings. The initiative, launched in 2015 with the aim of sharing the reflections and main milestones of the year and the main lines of the future plans, has been consolidated as a key moment for the team.

The different meetings focused on aspects such as safety and the importance of leadership in this area. At the same time, the Group’s commitment to the circular economy was once again a key element. In this sense, some data were highlighted, such as the fact that 100% of CELSA Group™ products are eternally recyclable and 98% of the raw materials used come from recycled material. To this is added that the Group recycles more than 8 million tons of ferrous scrap per year and has made great progress in the recycling of plastic, obtaining, among its different plants, 1,519 tons recycled, the equivalent of 56 million bottles of medium liter.

In terms of business, the importance of boosting competitiveness was highlighted, as well as continuing to advance in the commitment to vertical integration and product diversification to enter new markets, with the aim of positioning CELSA Group™ as the benchmark long steel products company in Europe.

The family essence of the company was evident with the presence of members of the Rubiralta family in the different sessions. In this sense, a part of each Annual Meeting was dedicated to the recognition of CELSA Group’s™ main asset, the people who make up the team. This aspect is conveyed through the delivery of the Safety Awards, aimed at the most outstanding initiatives and attitudes in the field of safety; Values Awards, to recognize behaviors and attitudes aligned with the Group’s values; Francisco Rubiralta Awards, which recognize projects or initiatives that have had a direct and significant impact on results; and Child Safety & Environment Awards, which serve to bring families closer to CELSA Group™ through a drawing contest aimed at the youngest members of the family. 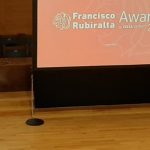 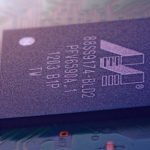