CELSA Group™, the first Spanish steel group and second European manufacturer of long steel products, has started the construction of a rolling mill in its CELSA France plant, located in the municipalities of Boucau and Tarnos, within the region of New Aquitaine.

“This operation will position CELSA France as the largest steel complex in southern France and will be an element of great strategic value for the Group’s growth. With the construction of the new rolling mill, the current Boucau-Tarnos steelworks will go from developing steel billets to producing finished products, thus increasing its competitiveness and profitability. In parallel, the project will allow us to improve logistics and penetration in the markets of France and Benelux, also getting closer to the end customer”, explained Francesc Rubiralta, president of CELSA Group™.

The investment contemplated within the project is 60 million euros and the company estimates that the rolling mill will be operational in about twenty months. Its implementation will be a significant step forward for CELSA France since the company will have the capacity to produce finished products that will be made available to the Group’s customers in France, among others. This fact will also improve delivery times and customer service by operating directly from the territory.

The company’s own activity has led CELSA France to position itself as the main company in the French Basque Country, representing 45% of Bayonne’s port traffic. Today, CELSA France employs about 200 people directly and 1,200 indirectly. The steel group estimates that, as a result of the project, around 140 new jobs will be generated directly and 420 will account for indirect employment.

In the year 2017, CELSA France received the Industry Award within the circular economy category . The award, granted by the Chamber of Commerce and Industry of Bayonne Basque Country, highlighted that the circular economy is located at the heart of the activity of the CELSA France steelworks, since 100% of the raw material used comes from the recycling of Ferrous metals and 99% of the waste produced are reused.

Strategic Plan 2016 – 2022: bases for sustainable growth
The development of a new rolling mill and the consolidation of a steel complex in France are part of the Strategic Plan 2016-2022 defined by the Group with the aim of consolidating its growth and looking to the future with guarantees from a responsible perspective and aligned with the promotion of activity models based on the concept of circular economy.

The key pillars on which the Group’s business plan is based include leadership in long steel products, an aspect in which the CELSA France project is called upon to play a determining role; geographic and product diversification; the integration of the activity in order to position CELSA Group ™ as a reference in services related to steel; the commitment to innovation and Industry 4.0 to lead the transformation of the sector; and competitiveness in costs.

Sustainable development and the promotion of the circular economy also lever that and, in a transversal way, motivate the company’s activity. Currently, the Group recycles eight million tons of ferrous scrap per year and represents the largest recycler in Spain and the second in Europe. The new rolling mill will contribute to minimizing the impact of industrial activity allowing an improvement in energy and environmental efficiency through lower energy consumption. In addition, the ability to provide customers with an integral service from the facilities of CELSA France will reduce the emissions derived from transport. 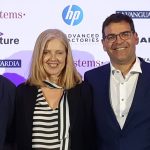 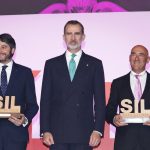