Global Steel Wire, the Celsa Group company specializing in high-quality wire rod and based in Santander, held its annual balance meeting in order to define objectives and deliver the awards that recognize the people of the Group.

As usual, the event was attended by the president of Cantabria, Miguel Angel Revilla and the mayor of Santander City Council, Gema Igual. During the ceremony, both wanted to highlight the importance of GSW and Celsa Group for the region and welcome the new CEO of Global Steel Wire, Javier Echávarri.

Currently GSW employs more than 700 people and represents 17.7% of exports, so in the words of the Cantabrian president, “it is a company of vital importance to us.” Likewise, he has taken the opportunity to highlight the awards organized by Celsa Group. On the turn of Gema Igual, the mayor wanted to welcome Echávarri and “wish very good results” for the company.

On behalf of the Group, the event was attended by the president of Celsa Group, Francesc Rubiralta, the financial director, Juan Carlos Orozco and the general director of Global Steel Wire Javier Echávarri, who has been appointed as a representative of GSW at the Magdalena Palace of Santander.

In a context of more favorable market and with better economic prospects that foresee a 2% growth in steel demand, innovation and adaptability are two of the fundamental challenges that GSW and Celsa Group have set for the coming years. “These are positive times with a lot of volume, especially in the automotive sector, we must know how to adapt to a market that is changing profoundly,” told Echávarri during his speech.

The new director of GSW has considered that the key lies in being more competitive in costs, in the automation of processes, and the training of people. “The objective is to be excellent in our work and in the relationship with the client”, he claimed.

In light of the above, the Group’s president, Francesc Rubiralta, congratulated the entire team “for their efforts and commitment, which has made it possible to close a good 2017 in operational terms”, in addition to highlighting “the need to be leaders in the transformation of the world of steel working as a team. “He also stressed the importance of being more competitive and working towards a more circular economy.” We are currently the first ferric scrap recycler in Europe with 8 million tons a year “, highlighted Rubiralta.

During the ceremony, the Safety Awards 2017, the Innova Awards and the Francisco Rubiralta Awards 2017 were also presented. These awards are of vital importance because they are recognitions directed to the people who work within the Group.

About the Safety Awards, the prizes awarded are a recognition of good practices in safety, the company’s number one priority. For their part, the Innova, value the initiatives related to innovation within the organization and the Francisco Rubiralta Awards, recognize those employees and teams that, through their exceptional effort, have implemented projects or initiatives with a direct and significant impact on the results of the Group and that are particularly aligned with the Culture and Values of the Celsa Group.

Child Safety Awards is another new award of this year, that allow children to approach Celsa Group through their drawings.

About Celsa Group
Celsa Group™ (www.celsagroup.com) is the first private steel group in Spain and third manufacturer of long steel products in Europe. The multinational company is made up of six large business groups with steelworks, rolling mills, processing plants, distribution companies and recyclers. It has over 9,100 employees worldwide and is present industrially in Denmark, Spain, Finland, France, Norway, Poland, Sweden and the United Kingdom. In total, CELSA Group generates 21,000 direct, indirect and induced jobs. 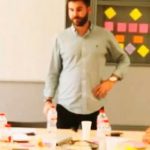 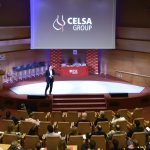